the mohican feathered hoopoe bird during its visit to suburban Swindon.

A rare and vibrantly-coloured tropical bird has been spotted far from its native habitat, strutting around a back garden in Swindon.

The mohican feathered hoopoe, which has distinctive zebra-striped wings and a bright orange headcrest, does not breed in the UK and is usually found across Africa and southern Europe.

The bird was spotted by Lee Bennett who pointed it out to his wife Tanya Hill. They said it was rooting out insects from their lawn. 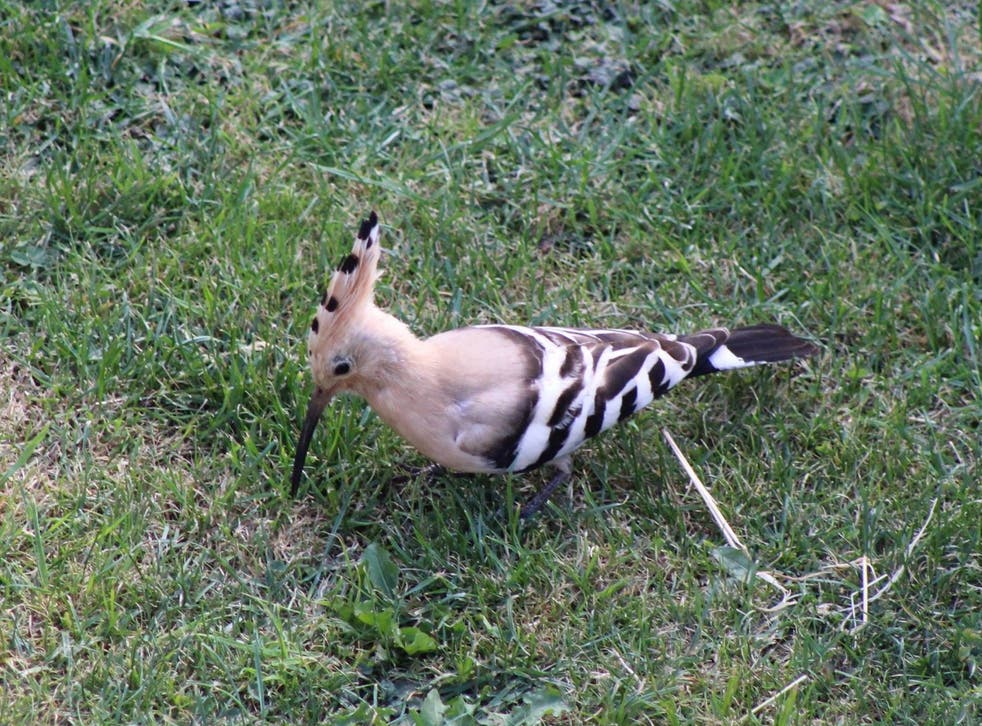 The following day the bird came back.

Ms Hill said: “The hoopoe’s long beak was going into the ground – we have a lot of ants in the garden so we think it was feeding on them.

“It was very placid, sitting on the grass and on the stone path, and appeared to be enjoying the day.”

The mother of two said the family had nicknamed the bird “Hoopy”.

“We get a lot of magpies and pigeons but none came while the hoopoe was around.

“After taking a picture we searched online for an hour and were amazed to find out it is quite rare.

“The bird first arrived at Friday tea time and flew off as soon as someone went outside – but then came back on Saturday.”