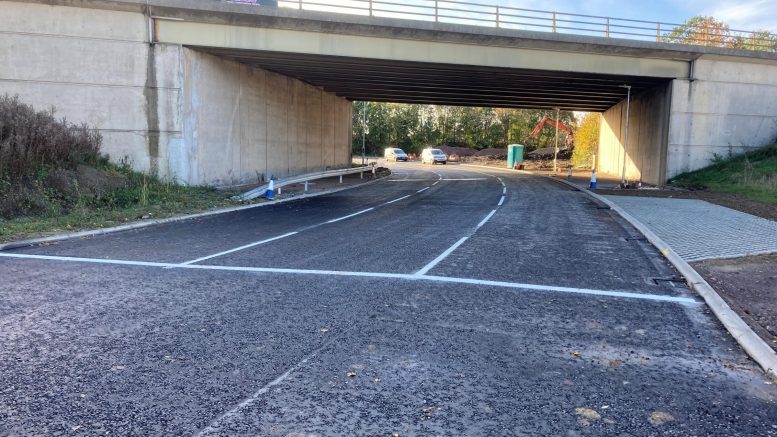 My name is Aled Thomas, and I love the White Hart roundabout.

At least, part of it. Mostly. Ish.

When I started driving daily to Swindon for work in 2018, I found I had to exit the A419 southbound at the White Hart junction to get to the Adver offices at Dorcan.

I did it about twice, and then found an alternative; I stayed on the dual carriageway all the way to the Commonhead roundabout, came round it completely, came back on to the A419 and then turned off into Dorcan trading estate.

I mentioned this to the editor; “That’s mad” he said.

Time passed, and I got used to the White Hart – but I never got to like it.

It was always a stressful part of the commute: Would I get on? Is that gap big enough? are the cars behind me fuming at how slow and cautious I am? Oh, I think there’s a gap, oops the driver wanted to get off on the A420, and didn’t much care for me cutting across… Sorry, mate. Yeah, same to you..

I can’t say the junction is life-changing exactly- but it’s morning changing.

Assuming Blunsdon Hill hasn’t been a problem, nor the Honda junction, it’s a pleasure to cruise into the slip road at White Hart.

The four lanes mean there never seems to be a queue on to the main carriageway. And, sure there’s lights, and sometimes they’re against you. But you know they’ll be green in a minute; and the anxiety about whether there’ll be a gap and can you squeeze in it: are you being too cautious, or worse, too bold, that has all been dissipated.

It really has made a difference to my morning commute.

The contractors took their time. But it’s really been worth it.

At least for me.

On one occasion I tried to get on to the A419 northbound from the White Hart using the Oxford Road.

And sat in a long, frustrating queue.

As I got close to the roundabout I saw my slip road north was clear – the real problem was traffic going round the junction presumably heading to Oxford was all snarled up.

I mean, I probably applaud efforts to prevent people leaving Swindon for Oxford, for their own good – but I don’t know if there’s still work to be done there, or there’s a Mamore structural problem.

Whatever it is, I hope it gets fixed.

But all I can say is, in the morning, heading to Dorcan, I love the White Hart roundabout.