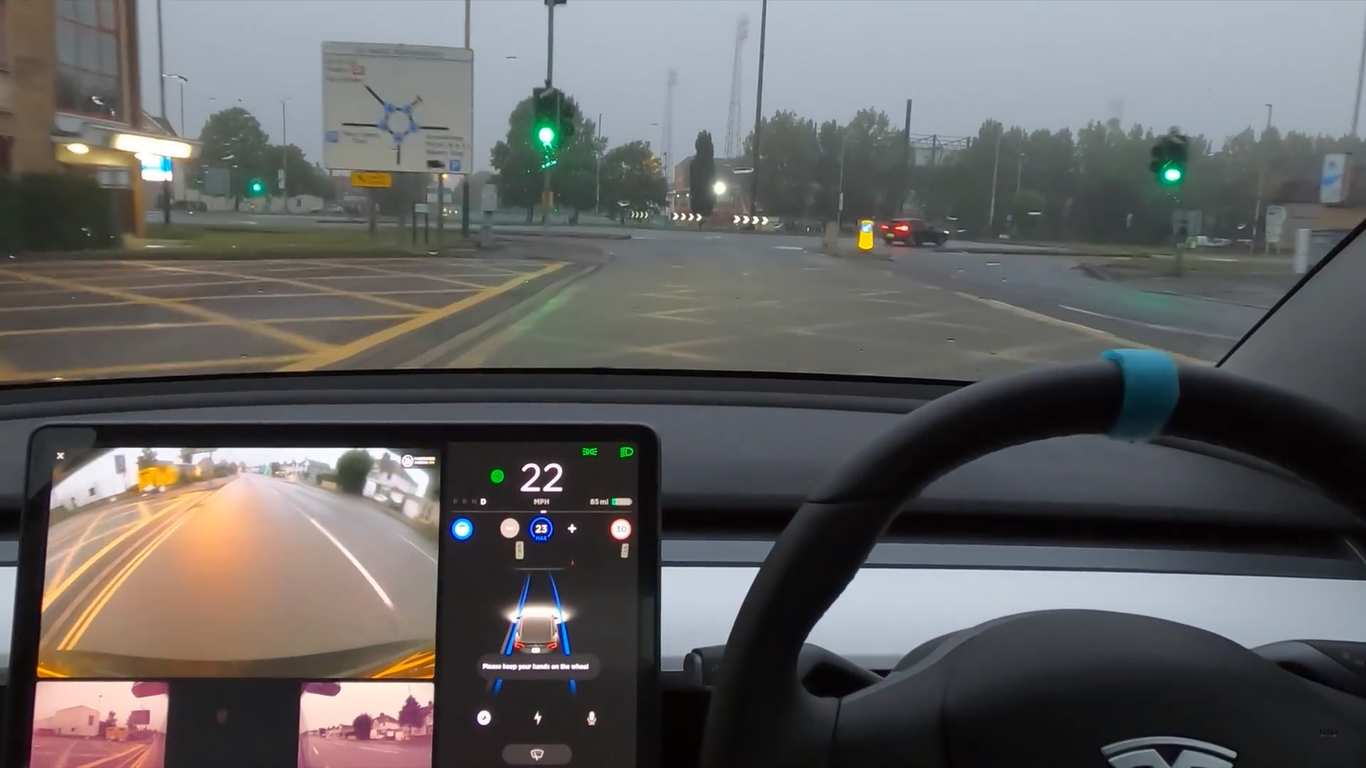 The owner of the Tesla Driver channel explained the roundabout’s unique layout to his viewers before letting the car’s computer try to safely navigate its way around.

Beginning his challenge at 5am on a Sunday to ensure the road is as clear as possible, the driver said: “It’s very much one-of-a-kind here in Swindon. Currently, the Tesla can’t do roundabouts so we’re not expecting it to do much…. it’s not made for this.”

And he was right. The autopilot aborted on the first and second attempts.

Entering from County Road proved slightly more successful as the car managed to make its way along the top of the Magic Roundabout by itself before switching back to manual driving as it headed towards the mini-roundabout by Queens Drive.

After a few more failed attempts made by entering from Drove Road and Queen’s Drive, the driver spent some time driving the old-fashioned way and added: “It is such a strange roundabout and I totally understand why so many people get very scared of it but really, it works very well.”

Even regular roundabouts proved a struggle for the car’s autopilot system which almost made its way around the Drakes Way roundabout but gave up immediately at Greenbridge.

Watch the full video below: