The mum of a Liden man whose death is being treated as murder said her son “didn’t deserve to die”.

Tributes have been paid to “kind-hearted” James “Jimmy” Wheaton who died in what detectives believe were suspicious circumstances.

Mr Wheaton died in his flat in Galsworthy Close, Liden, on Thursday morning. Two men have been arrested on suspicion of murder but have since been released under investigation.

Paying tribute to her 44-year-old son, mum June Wheaton, 71, told the Adver: “He had a good heart. He didn’t deserve to die.

“I loved him so much. He was my son. I miss him so much, as does his son James junior.” 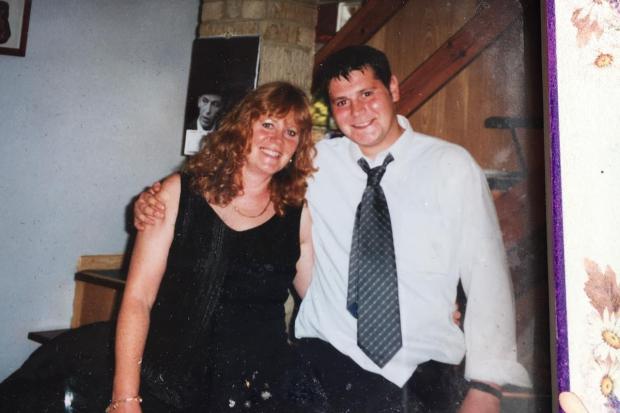 June Wheaton with her son Jimmy, right, when he was 18-years-old Picture: FAMILY HANDOUT

The Walcot woman added of the former Churchfields Academy student, who had struggled with addiction: “I will remember him with fond memories. His nickname was ‘smiley’; he was always smiling. He would do anything for anybody. He had a kind heart.”

He is survived by his son, James, his mum and sister.

Police were called to Mr Wheaton’s house at around 8.30am by paramedics. He died a short while later at the scene.

Two men, both in their 30s, were arrested on suspicion of murder. One was understood to have been arrested on Thursday morning and the other on Friday. Both have since been released under investigation while enquiries by detectives on the Major Crimes Team continue.

Det Supt Conway Duncan, duty superintendent for Wiltshire Police, said officers were not currently looking for anyone else in connection with the death.

He told the Adver on Sunday that community police officers had spoken to local leaders in Liden. “We’ve communicated with the community leaders and we are doing reassurance patrols around the area. There were house-to-house enquiries going on as well.

“Liden in relative terms is a peaceful community, as you know. We will continue to engage with the community and do community patrols today and over the next couple of days to make sure the community does feel reassured.” 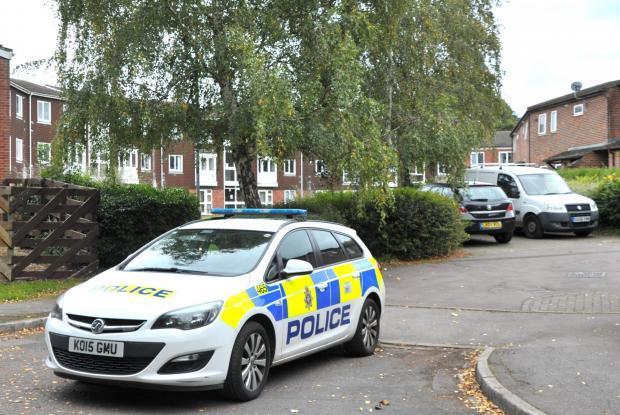 Police at the scene in Galsworthy Close, Liden, on Saturday Picture: DAVE COX

Former Swindon mayor Coun Kevin Parry, chairman of the Nythe, Eldene and Liden Parish Council, said: “Obviously it’s very shocking to hear about that happening on your doorstep. It’s unheard of in this area. I know a lot of residents have been quite shocked by it.

“I have to say the police have been fantastic, keeping us informed and making sure there is a police presence.”

Neighbours in Galsworthy Close reacted with shock to the suspicious death.

A neighbour, a 39-year-old man, said police had been photographing a sleeping bag outside the property. “A female officer knocked on the door and said had I heard anything, but I didn’t. There were always a lot of people [going in-and-out the house].” 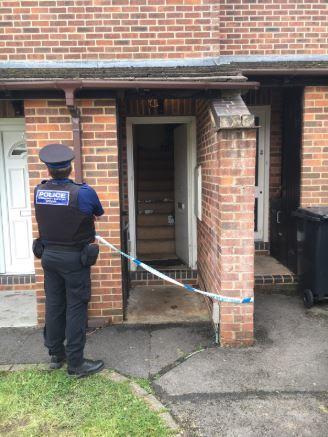 A PCSO guards the flat where Mr Wheaton lost his life

Another man, 58, said police had knocked at his door twice since Thursday. “I saw and heard nothing,” he said, adding of the police presence in the cul-de-sac: “I was scared. I didn’t know what was happening, but I’m sure the police have got it in hand.”

A woman, 37, who lived further down the terrace, said of the heavy police presence: “It makes you feel a bit uncomfortable; it just does, having the police around.”

Another neighbour, a man who did not want to give his age or name, said when asked how he felt about the police on the street: “How would it make anyone feel?”