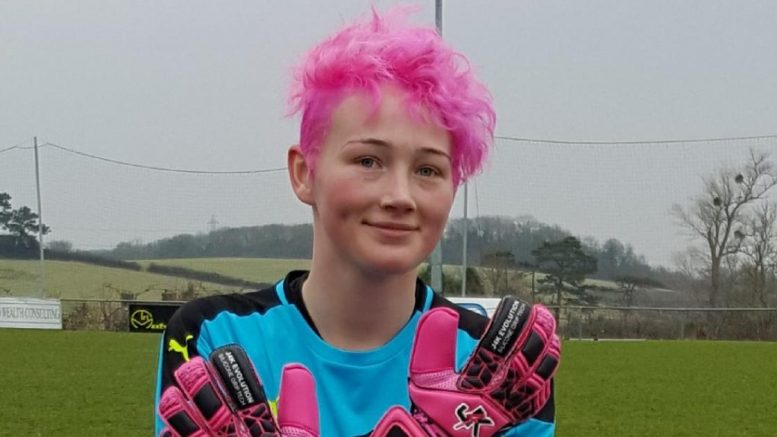 Miss Heaton, a goalkeeper for both Swindon and Cirencester Town Ladies, was described as “a beautiful person inside and out” among several tributes which arrived following the news.

Town fans, as well as other football clubs, shared their shock at the news.

Swindon said: “It’s with great sadness that the club has learned the tragic news that our former goalkeeper Carla Heaton has passed away at the tender age of just 22.

“Carla brought a shining light to the dressing room with her personality, and her performances between the sticks were second to none.

“She will be greatly missed by the players in our current squad who were honoured to have known her and shared the pitch with her.

“Our thoughts and prayers go out to her family and friends at this difficult time. Rest in peace, Goalie.”

After enjoying several seasons with Swindon, Miss Heaton moved on to play for Cirencester.

Posting in a statement on Twitter, Cirencester said: “It is with great sadness to say our goalkeeper Carla Heaton has suddenly passed away.

“We are all lost for words but what we can say is how much of a beautiful person you was inside and out.

“We all miss you and thank you for all the memories. RIP our number 1.”

Other football clubs also paid their respects to the goalkeeper, with Exeter City Women FC saying: “Sending our condolences to you all as well Carla’s family and friends.”

“Had the pleasure of working with Carla in my short time at the club, she was keen, eager to learn, to improve & a hugely lovable character. Thoughts with all her friends and family at this time.”