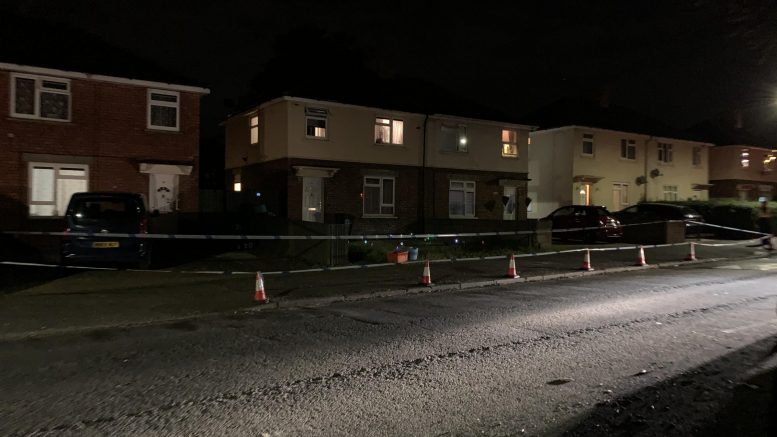 THREE people have been arrested and taken into custody after a stabbing in Pinehurst this evening.

A large police presence including at least four police cars, two police vans and a police helicopter raced to The Circle at 6.30pm.

The helicopter flew overhead for more than two hours while police investigated the attack on a teenager who had to be hospitalised because of his injury.

Three people are now in custody.

A police spokesman said: “We were called to The Circle area at approximately 6.30pm today following a report of a large group of individuals involved in a disorder.

“One male believed to be in his teens suffered stab wounds and was taken to Southmead Hospital in Bristol. His injuries are not believed to be life threatening and he is now described as being in a stable condition.

“Following the initial call, officers attended the scene and a large cordon was put in place while extensive enquiries and searches of the area were conducted.

“So far, three people have been arrested in connection with the incident and are being conveyed to custody in Gablecross.”

Supt Conway Duncan said: “Violence of this nature is completely unacceptable and causes fear and upset amongst a community. I’d like to reassure residents in the area that officers are working tirelessly to identify those involved and we will maintain a presence in the area overnight.