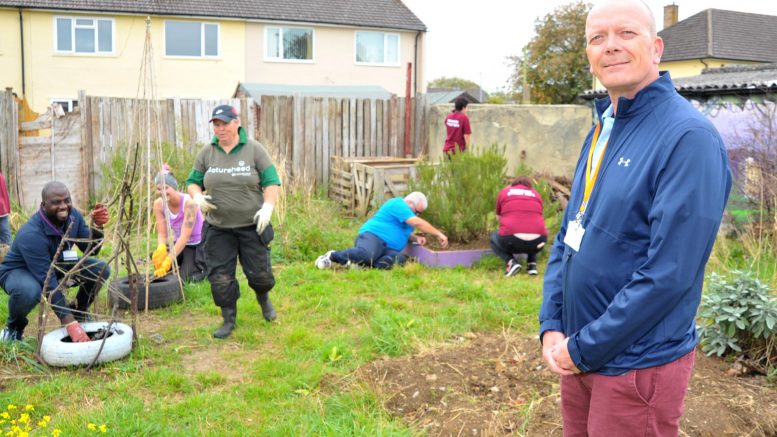 SWINDON Street Reps is looking for new volunteers who are passionate about their community.

The organisation – which already has groups in Penhill, Toothill, Railway Village and Stratton – is now looking to launch in Parks and Walcot.

Nick Brock, housing participation officer for Swindon Borough Council, which runs the Street Reps, said: “We’re always looking for anyone who wants to get involved with us, and launching in the Walcot and Parks area would be the natural next step.

“We’ve had an interest expressed from someone and so that is something we would pursue if a few more people wanted to get on board,” he said.

Street Reps is a group of people committed to making a difference in their community.

Started in 2015 by the council as a way to engage tenants and residents in better communication with the council, the role has grown to encompass a range of activities.

“A Street Rep is basically someone who is a good neighbour,” said Nick.

“They’re like a community champion who wants to do good, positive work in the area they live.

The volunteers take part in litter picking, reporting repairs or lighting issues in their street, helping to running the community cafes and organising the annual Playing Out event.”

Anyone over18 can join one of the adult groups and there is no specific time commitment.

“One of the reasons I think it’s been quite successful,” said Nick, “is that people can do what they want, when they want to and in a way that suits them.

“So if you’re interested in doing something on a Monday but that’s all you can manage, that’s fine. It may be a specific issue that interests you and you want to be involved in during that time and then you might not want to do anything for a bit.

“We don’t demand a time commitment. We are also just very interested in getting people’s views about what we do and how we do it,” Nick added

“We support all our reps with training,” said Nick. “If we had people in the community who have a focus and we could support that focus with some training then we would do that.