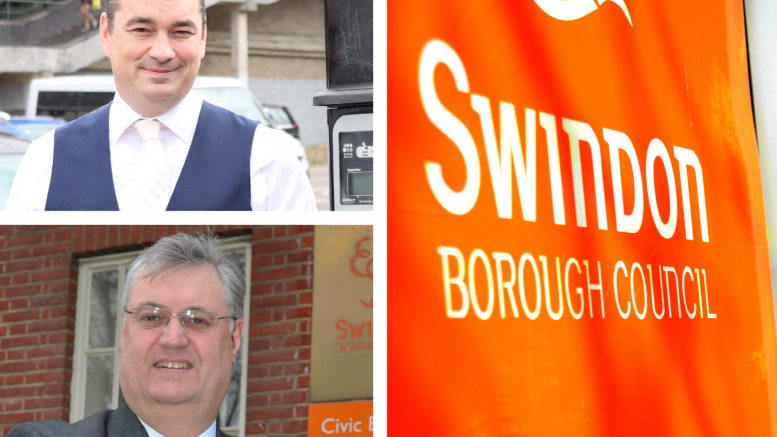 COUNCILLORS preparing to vote on the future of borough leader David Renard at a crunch meeting received intimidating phone messages, it is alleged.

Police are understood to be investigating the anonymous threats – aimed at Conservatives pondering whether or not to back party colleague Coun Renard in a vote of no confidence.

The motion was taken off the table at tonight’s full council meeting while the probe takes place.

The Labour opposition labelled the claims “extraordinary and deeply troubling”.

Oliver Donachie, the Independent Tory behind the bid to oust the leader, told the meeting: “I believe that one or more councillors in this chamber have been victims of inappropriate conduct in regard to this motion.

“I understand this is a matter under investigation by the relevant authority.

“While that process concludes I am withdrawing the motion from the table.”

A Conservative councillor from North Swindon told the Adver today they had been advised not to speak about a message they received for fear of jeopardising any investigation.

Liberal Democrat councillor Stan Pajak was due to second the vote of no confidence – but supported Coun Donachie’s reasons for its withdrawal.

The Conservative group said the allegations should be thoroughly investigated.

Deputy leader Russell Holland said: “We don’t condone threats being made to councillors under any circumstances.”

“I find it hard to believe that such behaviour could happen in Swindon in 2020.

“I would like to extend my sympathy to anyone on the receiving end of intimidatory behaviour.

“These allegations are another blow to the reputation of the council. There must be a thorough investigation into this and swift action against the perpetrators if there is any truth in these allegations.”

Had three or more Conservatives decided to back Coun Donachie in last night’s vote then it is likely the council would have been looking for a new leader this morning.

Until May Couns Renard and Donachie seemed to be very close colleagues.

They both represent the Haydon Wick ward and Coun Donachie was the member for economy and place in Coun Renard’s cabinet.

It was he who nominated Coun Renard  for the leadership of the Conservative group in early May after the postponed local elections. Coun Renard was re-elected as leader unopposed with unanimous support.

But at a cabinet meeting and special committee meeting Coun Donachie expressed his unhappiness with a proposal to give council officers more powers to make decisions. It was intended to speed things up, particularly during the coronavirus lockdown.

Within days he had resigned from the cabinet and the Conservative group. He set up his own group, the Independent Tories, and is joined in it by his partner and Priory Vale councillor Emma Faramarzi.

After some weeks of frosty relations and criticism by Coun Donachie of the leadership of the council administration – where he said the administration was “lethargic and asleep at the wheel” – it emerged in August Coun Donachie had applied to rejoin the Conservative group.

After what was described as a stormy meeting, the group’s 30 councillors voted by a small margin to readmit  him, but talks between Coun Donachie and Coun Renard broke down. The former then resigned from the national Conservative party and said he had no interest in being a member of the Swindon group under Coun Renard’s leadership.

Although last night’s vote was postponed it could be tabled at a future meeting.
Labour Coun Grant said: “Swindon is facing serious challenges with rebuilding after Covid crisis and replacing Honda jobs.

“The last thing the town needs is its leadership further distracted, reputational damage and the undermining of democratic processes.”

REGENT Circus has been labelled a “disaster” after another restaurant left the struggling town centre complex. Swindon Advertiser | News …