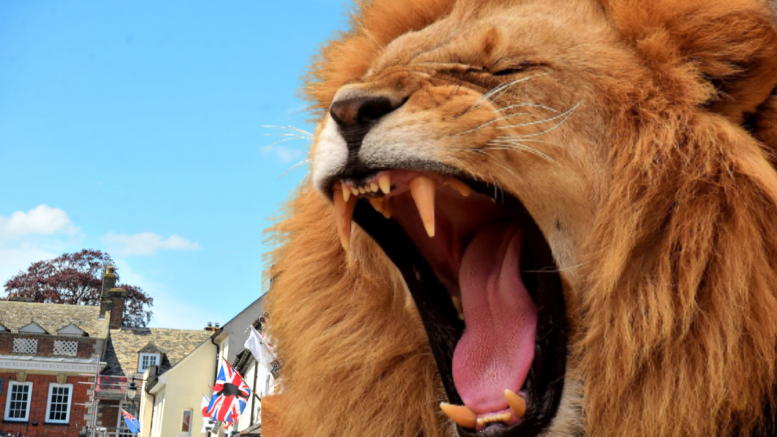 Police officers were sent to Highworth to investigate a report of a lion prowling around the town.

The unusual emergency call was revealed by PCSO Kate Jackson in a video message posted on Swindon Police’s Facebook page.

The supposed sighting follows reports earlier in the year of black panthers in Chiseldon and the Cotswold Water Park.

In the video, posted on social media on Friday night, PCSO Jackson said: “You may remember years ago there was the Beast of Bodmin. We now have the Big Cat of Highworth, apparently.

“There was a report of a lion in Highworth yesterday or the day before. You’ll be pleased to know patrols were done and nothing was found.”

The revelation was met with surprise and some amusement from the Facebook page’s followers. One woman joked: “Keep some cat food with you.”

It is not the first time big cats have been sighted around Highworth.

In 2002 eyewitnesses reported sightings of a series of big cats in and around the town. Two large adult cats and two younger creatures were spotted leading experts to believe there could be a thriving population of the animals living the wild.

Thames Water worker Stan Silver was driving on the B4019 to Blunsdon when he claimed to have spotted a big cat. He described as being the size of a large dog with a long tail. A woman horse riding in Highworth saw two smaller cats pass her path, which she believed to be the offspring of a larger beast.

Earlier this year, a woman was taking her dog for a walk in South Cerney when she claimed to have seen a panther walk across the path in front of her.

And in June, a Wiltshire Police drone unit was called to Chiseldon after reports of a big cat. The “black panther” turned out to be a large pet cat called Albert.