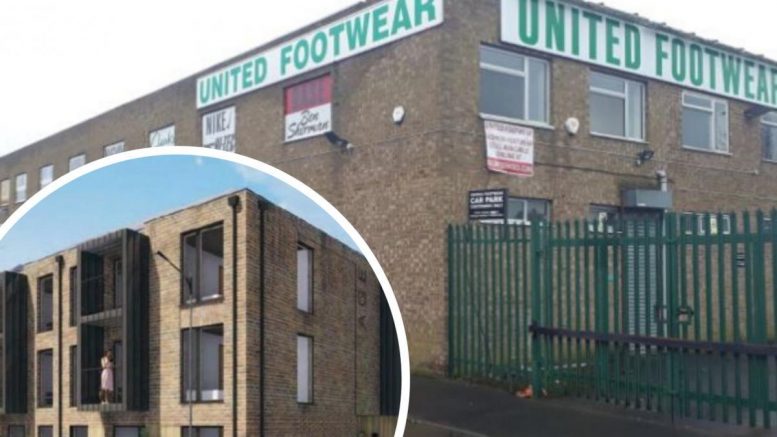 Railway Village: A Victorian house in Milton Road used as offices can be turned into eight small flats, despite one being described as “not fit for human habitation”. Developer Fahd Gondal, who runs F&C Estates in Wapping east London, has been given approval to turn the four-storey building into eight one-bed studio flats, with two apartments per floor.

The approval comes under government rules, which presume in favour of converting offices into homes – but local councillors, Jane Milner-Barry and Bob Wright are against the plan.

Coun Milner-Barry wrote to planners: “In this conversion there is a flat with an area of 10sq m maximum plus some eaves storage. It is in the attic and is single aspect, facing southwest.

“This flat is far from meeting the minimum area standard of 37 square metres and I would suggest it will not be fit for human habitation.”

Town Centre: The Ibis hotel in Bridge Street has been given permission to put up large new signs at the top of the building and just above ground level.

County Ground. Swindon Town Football Club’s community arm has been given permission to open its community facilities on the county ground site earlier at weekends. When the pitches opened there was a condition of beginning operations at 10am on Saturday and Sunday.

The community trust has been given permission to start at 9am at weekends to enable more children to take part in training, games and other activities.

North Star: There are now two different companies with permission to convert the offices of North Star House into hundreds of flats.

In February this year developers Telereal Trillium was given prior approval to convert the building just north of the railway line into 272 apartments.

Now, a different company Shaviram Development Ltd, based in Woodford Green in Essex has been given the same sort of permission to make the building, which is arranged as four rectangular blocks linked in the middle by an atrium in a clover shape, into 286 apartments.

The building is owned by BT and at the start of the year was used by the company with the other half used by the British Computer Society. Both companies were due to move out earlier this year.

Park South: A plan to turn an empty shoe warehouse and shop in to 22 flats has been approved, despite concerns of neighbours over privacy.

Thomas Blunt Partnerships has been given the go ahead to build the10 single-bed flats, 10 two-bed flats and two three-bed duplex apartments on three storeys of an L-shaped block, which will replace the to-be demolished United Footwear depot in Horsham Road, pictured, in Park South.

Neighbours living behind the site in Cranmore Avenue wrote to the council expressing their worries that flats at the back of the development would directly overlook their gardens, impacting on daylight and privacy.

But council officers decided: “The benefits of the development that makes use of a brownfield site in a highly-sustainable location, providing the much-needed housing in the borough and the regeneration of this part of the Swindon town centre is considered acceptable.”