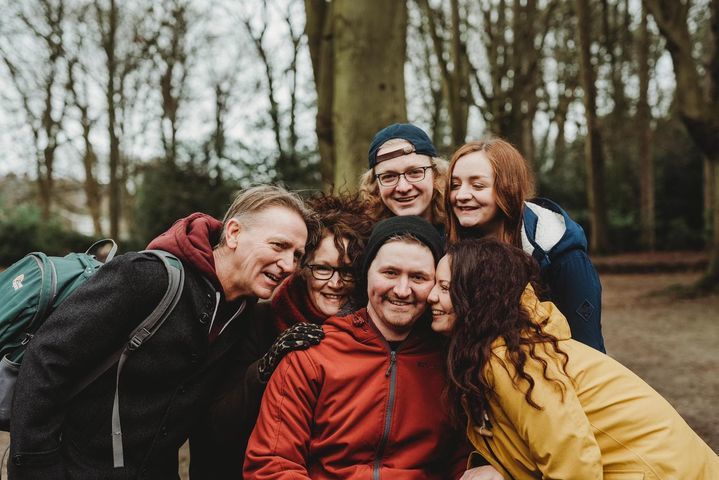 AN ‘extraordinary’ man battling an aggressive and rare form of brain cancer is calling on the people of Swindon to help keep him alive.

Harry Martin, 25, is hoping to raise £150,000 in order to fund private consultations, clinic visits, experimental treatments and travel costs after learning his current round of chemotherapy is his last available option on the NHS.

And he and his devastated family have been told there is only a 40 per cent chance of it working.

Harry, from Old Town, suffers from Grade IV Glioblastoma Multiforme, which is inoperable as it began and has spread throughout his spine.

He said: “I’ve been told that the chemotherapy (Lomustine) I’m on is the last available option under the NHS, and there’s not too much chance of it actually working really well. I’ve got a scan in a couple months’ time, and that’s when I’ll find out if the treatment is working.

“There are other options, but they are not available through the NHS and that’s why we need to raise money because it’s going to be very expensive.”

Harry had dreams of joining the army – going to the gym, running and swimming were all part of his daily routine before he started to experience back pain and tingling feet in March 2020.

An urgent MRI revealed that his pain was being caused by a 4.5cm tumour in his spine. He was transferred to the John Radcliffe Hospital for seven-hour spinal surgery but as the tumour had grown, he was paralysed from the waist down.

He said: “I’m pretty tired at the moment. I don’t have too much energy because I’m on chemotherapy.

“Myself and my family are all quite stressed trying to organise all these other treatment options and keeping the ball rolling.

“If this chemotherapy doesn’t have any effect, then I do have a matter of months left.”
Harry has been receiving treatment at Oxford Churchill Hospital.
He had little leg function returning back last month, but the situation rapidly got worse.

“The tumour rapidly enlarged, and I’ve lost all functions from the waist down again, but my family helps me every day,” he said.

Harry has been with girlfriend Sinéad Nolan for nine years and they both got engaged on December 11, 2020.

He said: “My hope for the future is to regain my independence, spend as much time making memories with my loved ones as possible, get married to my amazing fiancée

Sinéad, and live life to the fullest, embracing every moment it has to offer.

“If I make it through this, I would love to share my journey to help others who may be in similar traumatic situations.”

Sinéad recalls the day doctors told them about Harry’s cancer.

She said: “I remember the day they told us, we didn’t know exactly what type it was, but they told us it was cancer and it just felt like the entire world turned upside down and changed forever.

“It was completely earth-shattering.”

The 24-year-old spent the last month searching for specialists around the country and across the world to get other opinions and find out about alternatives and treatments.

“They found a drug which can be used alongside the chemo he is currently on but it’s not available on the NHS,” she said.

“There’s also a lot of repurpose drugs which are typically used for other conditions but there has been some research into their use in treating Harry’s cancer.
“It’s all done privately at a huge cost.”

To start the process, Sinéad said the couple need to at least raise 50 per cent of their target in a month’s time. They have £26,000 so far.

Sinéad’s GoFundMe page signs off with the words:  “Please give what you can so that we can continue to try to keep this extraordinary man in our lives.”