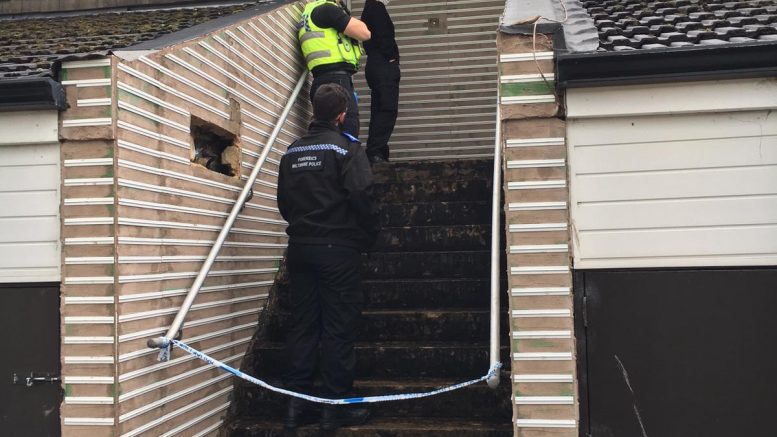 Police are said to be on the trail of a fluorescent jacketed suspect believed to have stabbed a man in Freshbrook.

Wiltshire Police said a man, 30, had been taken to hospital with suspected stab wounds.

One nearby resident, a 28-year-old woman who did not want to be named, said she had seen the man walking past a set of standing stones near the community centre taking off his jacket. “He was acting really suspiciously.”

She added: “This is not the first time [something like this has happened]. There was an incident a couple of weeks ago. Not a stabbing as such, not as bad as this. I live on my own with my dog. I’ve got mental health issues myself. I don’t need this.”

Another neighbour, Edward Savin, 46, said: “All I heard was the helicopter landing. I came out to see all the police officers.” He said around 11 police cars had been called to the street last week, suggesting it had followed a domestic incident during which he’d heard threats being shouted.

“I’ve been here for 20 odd years and we’ve had drug busts and other things going on here. It’s been relatively quiet [recently].”

No one has yet been arrested in connection with the assault.