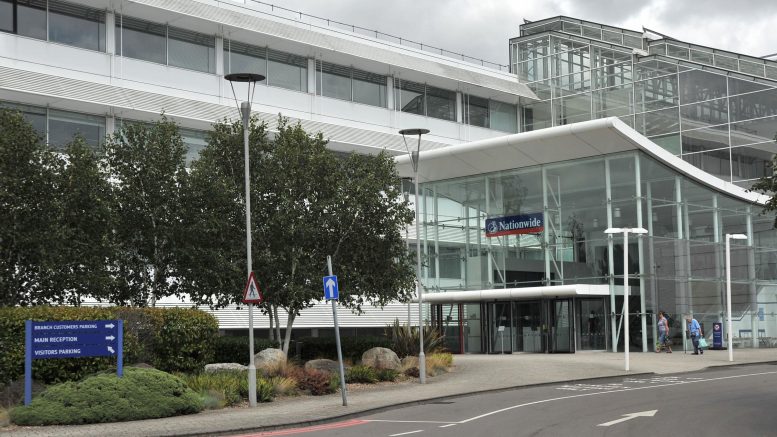 EMPLOYEES at Nationwide face losing their jobs as the company struggles to bounce back from the blows of the pandemic, falling profits and low interest rates.

A Reuters article reported that the Swindon-based company has offered redundancy packages to around 200 staff with a view to around 100 accepting the offers.

An anonymous source told the news organisation that Nationwide hopes enough staff will volunteer for the redundancy programme – otherwise, it will begin laying off workers early next year.

When approached by the Adver, the company would not comment on the exact number of employees who may be losing their jobs.

A spokeswoman said: “Our job promise is no-one will need to leave the organisation in 2020 due to compulsory redundancy.

“We continue to review our organisation shape in the context of historically-low interest rates and the impact of coronavirus, which is sadly resulting in redundancies.

“However, we stand by our promise which is no-one will need to leave due to compulsory redundancy for the rest of this year.

“Where possible, redundancies will be based on those willing to take voluntary terms. “

The building society has been hit hard by the coronavirus crisis and sustained a hit of more than £100 million at the end of a financial year which saw its profits plunge by 40 per cent.

Its underlying profit before tax dropped from £788 million to £469 million in the financial year ending April 4.

Nationwide employs around 18,000 staff across the country and 6,500 at its Pipers Way headquarters.

Many of those based in its Swindon offices have been working from home since before the coronavirus lockdown was implemented.

The pandemic has forced the company to tighten its belt. In April, it was confirmed that around 150 senior members of staff would not take a cash bonus this year – although the payment of the bonus may be deferred.

Earlier that month, the company abandoned plans to launch a business banking scheme, saying that coronavirus meant the project was commercially unviable.

It handed back £50 million from a Royal Bank of Scotland fund intended to boost competition in the business banking sector.