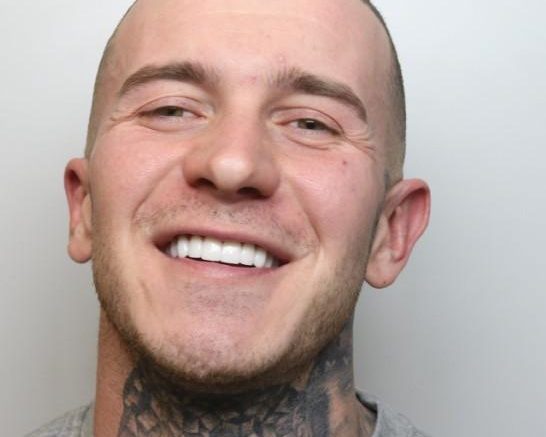 A ‘JEALOUS’ boyfriend throttled his partner in “torture fashion” and claimed she was seeing someone else.

Rhys John Warren subjected his then-girlfriend to verbal abuse over two days before confronting her and physically assaulting her.

He poured a milkshake over her while threatening to pour acid over her.

In his tirade of abuse, he said his partner had “made a big mistake” coming to his house and was “never going to leave that room”.

Swindon Crown Court heard on Monday that Warren also headbutted his victim, pushed her on the bed and throttled her, putting pressure around her neck and then releasing; at one point she lost consciousness.

When the victim was able to make her escape, she was followed down the stairs by Warren, who went on to punch her in the face.

Warren appeared before court this week where he was jailed for two years having admitted actual bodily harm, criminal damage and putting a person in fear of violence.

Judge Peter Crabtree said that the 24-year-old was “possessive and controlling of her”, and that his violent behaviour was “prolonged” with some evidence of planning.

Prosecuting, David Maunder told the court that the victim had been out with friends in February of this year and, knowing the defendant’s controlling nature, told him that she was at a neighbour’s house.

Warren sent someone to check where she usually parks her car, sending a photo to say he knew she lied.

After threatening to hurt her mother and set fire to her house, he demanded she travelled to Swindon to see him. She did so because she believed “the defendant was capable of carrying out these threats”.

After arriving at the railway station, she called him and he “sounded calm”, so she went to his house in Ash Grove, Pinehurst.

But it was when they went up to his room that the abuse started, by pouring a milkshake over her head and telling her to clean it up.

Mr Maunder said he spat at her, started calling her names and demanded she told him the truth. The victim reported being struck on the back of the head with a Ciroc vodka bottle.

When police were called, the defendant said, “I’ll be going back to Bullingdon [prison],” and: “Can I just say sorry to her.”

He also asked officers how long in prison he would get for grievous bodily harm.

In a statement read to the court, the victim said that ever since his release on bail, she has been having dreams of his “smirking” face while she was trying to get away.

“I find myself always feeling anxious, if I’m in a group of people I always sit closest to the door and always have an exit plan worked out,” she said.

Mitigating, Tony Bignall told the court that the defendant had tried to put this behind him, moving to Liverpool to live with his father and gaining employment as a groundworker.

“With input from the probation service, he is likely in my submission the sort of man that can keep himself out of trouble.

“He does through me apologise to the victim.”

But Judge Crabtree was troubled by the pre-sentence report, which stated he was at a high likelihood of reoffending and a medium risk to future partners.

He also stated that the offences passed the custodial threshold and his language “was plainly intended to maximise the fear [the victim] felt”.

Warren was jailed for two years, whilst eleven days of a qualifying curfew and his time spent on remand will count towards that.