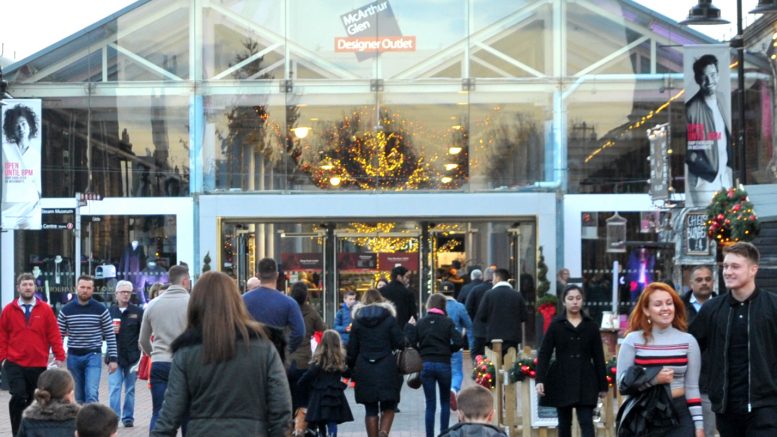 A THIEF with more than 100 offences on his record for dishonesty has been jailed for a shoplifting spree three days before Christmas.

Jason Otley, 46, was followed by a security guard after staff at the Hugo Boss store at the Swindon Designer Outlet watched him take a £69 hooded top on December 22.

Swindon Magistrates’ Court heard the Bristol man went on to steal sweets from Cadbury’s, a bottle of water from Costa Coffee, an £18 belt buckle from World of Belts and a Lego model car from Hamleys worth £238.

When he was stopped he had a foil lined rucksack into which some of the stolen items had been placed. He was accompanied on his theft trip by a woman.

Prosecutor Kate Prince said Otley had 121 previous convictions for theft. “From his record, Mr Otley is currently subject to licence, having been given a lengthy custodial term of imprisonment at Bristol Crown Court at the beginning of the year.”

Appearing before the court via video link from Gablecross police station, Otley, of Micklewright Close, Bristol, pleaded guilty to five counts of theft and a single charge of going equipped.

David Fanson, defending, said his client had previously been addicted to class A drugs, but had kicked the habit since being remanded on the matters for which he had been sentenced earlier this year. He was a father-of-two.

The solicitor said: “These offences before you today are not triggered by his previous drug use. It was simply an issue of giving in to the financial pressure brought about by Christmas upcoming.

The justices took a different approach. Sentencing him to 24 weeks’ imprisonment, chairman of the bench Alison Auvray said: “As you can tell, we’ve been discussing this for quite a while. We were looking at your previous record and the fact you are on licence from prison for a previous period of custody for similar offences.

“Then, we were looking at what your previous sentences had been, how much opportunity you’ve been given to turn your life around.

“We’ve come to the conclusion that you’d have every opportunity and yet your first default position is to immediately go and steal what you want.”

Otley must pay a £128 victim surcharge.