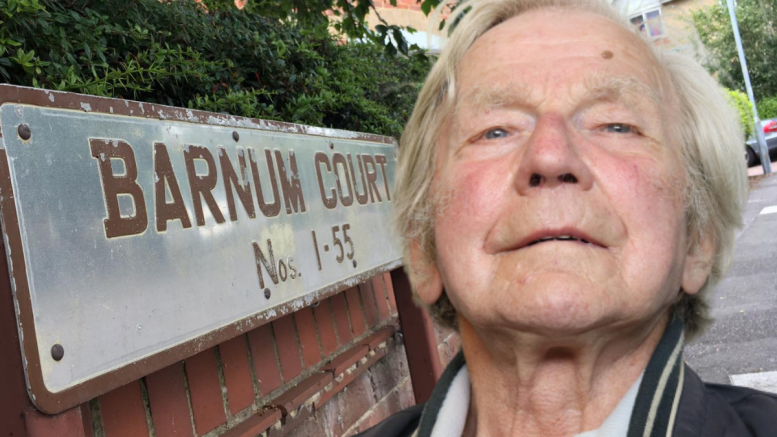 An octogenarian paedophile was released from prison to live in council-provided accommodation in Rodbourne because no hostel would have him, Swindon Crown Court heard.

And Peter Kis, whose history of abusing women and girls dates back to the mid-1960s, only spoke to his probation officer over the telephone after being released from prison in April part-way through a 42-month jail sentence for molesting a girl at church.

Less than two months later he was back in the cells, after an eight-year-old girl saw him performing a sex act upon himself outside his house in Rodbourne and trying to beckon her towards him.

Jailing Kis for two years and ordering a three year extended licence period, Judge Jason Taylor QC said the pensioner posed a serious risk to women and girls. He was ruled to be a dangerous offender, meaning he must serve at least two thirds of his two year jail sentence behind bars before he is eligible for parole.

The judge said: “Many people may have thought that being 88 would have stopped you committing this offence, especially when you were on licence. They would have been wrong.”

Prosecutor Ian Fenny told the court this afternoon an eight-year-old girl and her younger sister had spotted Kis on June 2.

The girls were out playing in the sunshine. Kis was sat outside his house.

The older girl later told her mum she had seen the pensioner “playing” with his genitals and trying to beckon the youngsters over towards him.

Her mum called a neighbour, who went out to confront the pervert. Kis tried to pull up his pants and trousers but struggled to get the garments around his waist, leaving his privates exposed.

“It was fairly brazen conduct on this defendant’s part,” Mr Fenny said.

Put before the magistrates’ court within days of his arrest, Kis appeared to deny wrongdoing. But he later pleaded guilty at the crown court to engaging in sexual activity in the presence of a child.

His shocking record for sexual offending dates back to 1967, when he was jailed for eight years for indecent assault on girls under-14.

He was given a suspended sentence in 1971 for inciting a girl under-14 to commit an act of gross indecency. In 1994 he received a three year community order for offences of gross indecency on a girl under-16 and indecent assault on a girl under-14. 16 years later he was given a suspended sentence for molesting girls on a bus and in 2018 he was jailed for 42 months for inciting a child to engage in sexual activity. Kis has three other sexual convictions relating to adult women.

Rob Ross, defending, said he had contacted the probation service to ask about the “rather odd circumstances” that had seen his client released from prison directly into the community rather than a specific hostel or half-way house. The latter “would have been right and proper bearing in mind his age and his history of sexual offending”.

The lawyer said he had been told efforts had been made to find Kis a place in a hostel but none could be found, as the coronavirus pandemic meant residents had to be given individual rather than shared rooms. “Consequently he was referred to the local council upon release, who I am informed had full details of his convictions.”

His release from prison coincided with the coronavirus crisis and probation were unable to see people face-to-face. Kis’s contact with his officer was via telephone.

Mr Ross said: “A number of circumstances came together at just the wrong time for an elderly man with a history of sexual offending being released into the community. I suggest in some ways that does mitigate the offending that then took place because there weren’t the proper safeguards in place in relation to the risk he posed.”

He attempted to persuade the judge that his client should not be found to be a dangerous offender, saying he was unlikely to be released from prison on his existing until 2022 and would be subject to rigorous supervision upon his release.

But Judge Taylor said he could not ignore the fact that Kis committed his latest offence just seven-and-a-half weeks after he was released “and very shortly after children were emerging from lockdown.”

Sentencing the man, he added: “Mr Ross has described you as a sexual pest but you are much more than that. Each of your actions involved a victim and your entrenched sexual deviance is more than merely being a nuisance.”

Kis, who at points during the hearing walked up close to the camera to better hear proceedings and also held his head in his hands, was said to have an “evident lack of understanding and insight” of the effect of his behaviour on his victims.

The judge said of the impact of Kis’s crimes: “Memory can be long lasting and experience of these courts often shows that closure can be an elusive concept.”

The defendant appeared in court via the video link from HMP Bullingdon.