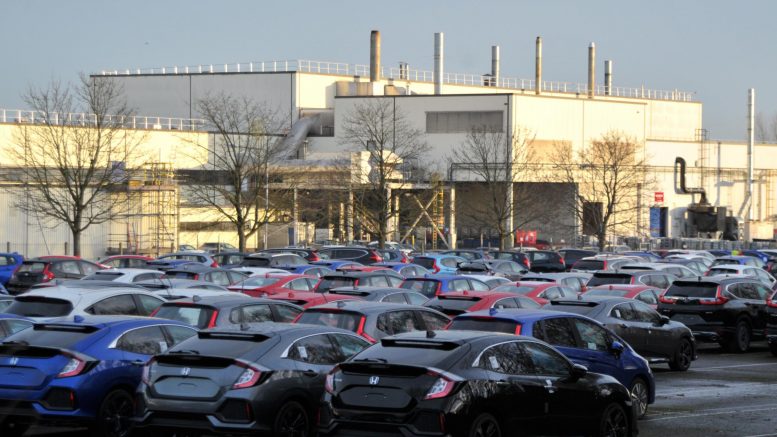 THOUSANDS of jobs could come to the town the the soon-to-be-vacant Honda site is used properly.

That is the view of senior council officers ahead of the Japanese car giant’s departure from South Marston next summer.

Mr Dewart said one strategy was to use and optimise the existing sites available for employers in Swindon – and told members the Honda plant is being under-exploited.

“Intensification of the site would allow more jobs on the site. If it was used for 100 per cent warehousing then that could be 8,000 jobs, if it was 100 per cent industrial it could be as many as 14,000 jobs.”

Mr Smith said: “It’s terrible that Honda is leaving and that many residents will be losing good jobs. But there is an opportunity to reuse the site.”

It is the council’s policy to make sure the site – owned by the car company – is zoned for employment and not housing. That won’t prevent a housing developer from trying to use it, but it would make it harder to get planning permission.

Elsewhere the council will work with landowners at industrial estates like Blagrove and Cheney Manor to try and increase their use.

Mr Dewart said one way of trying to do that would be to encourage clustering of similar businesses in the same area.

He added: “We are starting a pilot at Blagrove to identify empty sites and what are the barriers to bringing them back.

“At Cheney Manor it could do with a bit of refresh – it’s a bit tired. One of the ways that could be done is to divide the bigger units up into smaller units or have multiple tenants.

The officers will be compiling a database of empty units to make it easier for potential new businesses to see availability.

Coun Sumner said: “The review will look at the needs of the borough and how to optimise the existing sites we have and also look how to improve the infrastructure employment sites need.”