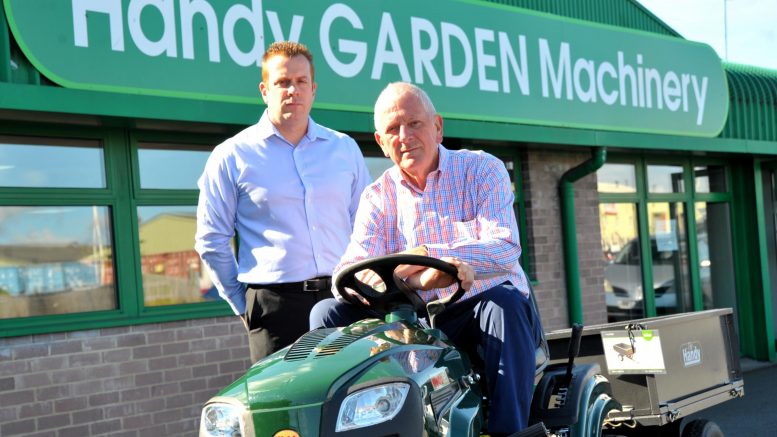 A STRATTON shop is to close its doors after 82 years.

Lockdown forced Handy Garden Machinery, based in Hobley Drive, to shut during its key months of the year and 12 jobs have been put at risk.

But is is not the end of the road for the parent company, C J Handy, which started out in Old Town eight decades ago.

The business has evolved from retail store to distributor and manufacturer for big companies like Wickes and B&Q.

Chairman Simon Belcher said: “It’s a real shame that after such a long period of being a retailer in Swindon that we feel the need to close the retail shop.

“The issue with the retail business is that it’s very staff-hungry but only makes money three months of the year.”

The shop is traditionally busy during March, April and May – the same time the coronavirus lockdown came into force in the UK.

Mr Belcher added: “We got to lockdown, had to close the shop and that would then put the store into a loss-making situation for two years.

“In the current economic climate, that’s something we can’t withstand.

“It’s thrown our retail business into some level of turmoil and has resulted in this decision being made.”

Mr Belcher says the company is trying to avoid as many redundancies as possible.

He explained: “We’ve managed to keep our redundancy process until the end of October and we’re hoping to relocate some of the staff to our wholesale side of the business.

“Hopefully through voluntary redundancy, where it suits people, and through offering some other positions, it means redundancies are low.

“Ideally we want to see nobody made redundant but it will be kept to a minimum. We are very focused on making sure we look after our staff.”

Before closing the store, Mr Belcher said he to thank the loyal customers who have supported it over the years.

“We want to thank everyone for their business,” Mr Belcher said: “It’s not a decision we take lightly.

“It is disappointing because I don’t think there’s another garden machinery retailer in Swindon of our size.

“It’s been a very difficult decision to close because people still use the service and spare parts side, which is something we’ve done for a long time.”