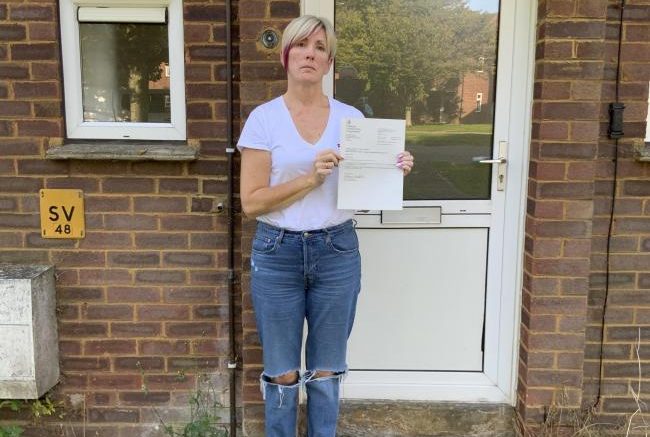 FAMILIES living in military rented property have been given their marching orders.

Around 80 households in Lyneham received an email telling them they must vacate their homes as part of a Ministry of Defence efficiency drive.

Yvette Lewis from Eider Avenue has been renting her £945-a-month house for more than three years on a rolling tenancy.

She said: “We’re absolutely devastated and my blood ran cold when I saw the email saying we would receive a notice to quit.

“Trying to find privately-rented homes for so many families that are affordable and at a decent distance from school and work will be very difficult because the stock is just not available.

“Parish councillors and MPs have got involved and spoken to government and the MoD. Lots of people are being proactive because the higher this goes, the more they will realise the impact this eviction will have.

“We want to stay. It’s ludicrous that we will have to find somewhere else to live only for our old homes to be sold or privately-rented to someone else, it’s a monstrous waste of time and money and causing a lot of stress.

“Some people are digging their heels in and ready to fight this. We are not making preparations at the moment, not until it’s written in stone.”

Company Annington Homes is the freeholder of the properties. The Ministry of Defence has a leasehold on the homes and letting agent Orchard & Shipman collects the rent on behalf of the MoD.

The MoD says it has a responsibility to house military families as part of their terms and conditions of employment and is not a civilian residential landlord.

It rents properties to civilians on a short-term basis rather than keeping properties vacant, particularly if there is uncertainty over future demand levels.

Now people have been told the MoD is planning to terminate their leases by the end of March 2021.

“All we are asking is that Annington Homes consider offering us a new tenancy agreement so as to avoid disruption to all parties,” added Yvette.

A MoD spokesperson said: “As part of our responsibility to manage our estate effectively, any extra and vacant properties can be let on a short-term basis, with tenants made aware of the notice period before they move in.

“We will work with our partners to try to identify alternative accommodation in the area for those directly affected.”

It said it does not have a long-term requirement for 158 properties in Lyneham, which will be returned to Annington Homes Ltd.

Wiltshire Council’s cabinet member for housing Richard Clewer said: “We are extremely concerned that the MoD is planning to hand some of its rented accommodation in Wiltshire to Annington Homes, particularly when many tenants have only just moved into the properties.

“We are discussing this with the MoD and while current legislation ensures that tenants are given six months’ notice we are very concerned about the way this change is being carried out and the lack of foresight.

“It is also of great concern that Annington Homes confirmed that it is not prepared to consider letting the properties to sitting tenants. This will result in a large number of families being made homeless at the same time in our county through actions which could be avoided, and we would strongly urge them to reconsider their position.

“We are working with partners to establish the best way forward for these tenants and would encourage Annington Homes and the MoD to work with the council during the next six months so that we can help those households avoid homelessness.

“Households concerned about the situation should contact the council’s housing options service as soon as they are able.”

SWINDON is likely to stay in Tier 2 until at least Christmas, the town’s public health chief says. Swindon Advertiser | News …