A mum-of-two who killed a mechanic in a head-on crash kept her head bowed as her victim’s mother told her: “No parent should have to bury their child.”

Yesterday, Sarah Mann was jailed for four years for causing the death of popular 26-year-old Joey Hayward, a mechanic at Swindon Audi.

The 37-year-old, who was a Beaver group leader with the Scouts, pulled out from behind a Barnes double decker coach carrying almost 90 Army cadets on the A4361 near Broad Hinton on March 10 last year.

Judge Jason Taylor QC described as “plainly wrong” Mann’s comments to police at the time that she had had seen the road ahead of the bus was clear.

Swindon Crown Court heard Mann’s Chrysler Voyager car had hit Mr Hayward’s Peugeot 106 head on, also striking the side of the Barnes coach. Only the skill of the driver kept the coach on the road.

Mr Hayward was killed instantly. His best friend, Lewis Chilton, a front seat passenger in the Peugeot, suffered two broken fingers, cuts and bruises. The driver of another car had to be taken to hospital. 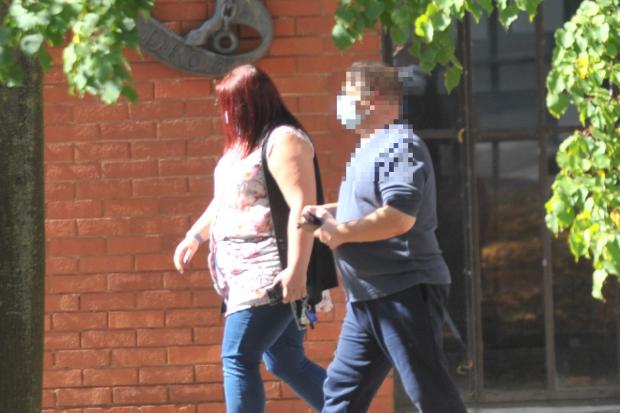 Tests showed Mann, who was sentenced to 34 weeks imprisonment suspended for two years after being found guilty of dangerous driving by a Worcester jury in 2007, had been going at around 60mph when she hit Mr Hayward’s vehicle. Neither were speeding and neither had alcohol or illegal drugs in their system. Mann said she had taken prescribed anti-depressants and co-codamol earlier that day.

In an emotional victim personal statement from Mr Hayward’s family, read out by his mum Dorothy Carlton, the young man was described as a vivacious young man with everything to live for.

Mrs Carlton said she had experienced nightmares since her son’s death. “I dream sometimes I have died and I can see him. There have been times when I wished had. The baby in my arms through to the loving young man that he was. I can’t cook his favourite meal anymore. Instead of lasagne I bring him flowers,” she said.

She added: “Joey was killed aged 26, five days before his 27th birthday. Obviously, his family and friends are completely devastated by his death. We all miss him terribly.”

The mum remembered the moment she reached Broad Hinton after hearing her son had been involved in a crash. “It’s hard to describe the mixture of shock, pain and horror. I wanted to run to the accident site to hold him and tell him I loved him.”

Joey Hayward’s brother, Christopher, said in a victim statement read to Swindon Crown Court yesterday by his mum that he was “extremely angry” at Mann, who he said had “ripped our family apart”.

Mum Dorothy Carlton echoed her son’s comments: “I’m angry with Mrs Mann for not taking more car and killing my son. I would like to ask her why she was in such a rush to risk taking a life. I want to know whether she realises the damage she has done.”

In a second statement, written after Mann entered guilty pleas in July and also read to the court yesterday morning, Mrs Carlton said: “Having heard however that she’s had a previous conviction for dangerous driving I am afraid that any compassion immediately dissipated. Driving is a privilege not a right.” 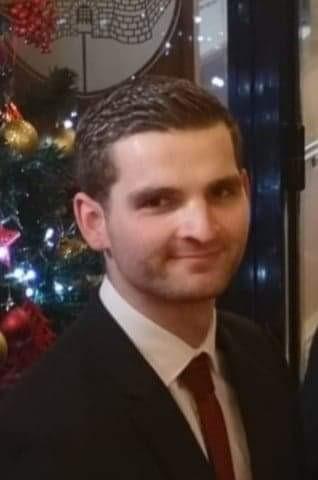 Rob Ross, defending, said his client had two children. The older child, in his early teens, had significant learning difficulties and mental health issues, with his mother his main carer. The younger child was also being assessed by mental health experts.

Mann’s husband suffered from a number of health complaints and had been hospitalised seven times in the past 12 months. Her parents, the children’s grandparents, were able to help with childcare but both had jobs.

The woman was very remorseful and was interested in restorative justice, Mr Ross said. Even now she could not explain what happened: “She made a terrible mistake she will carry with her for the rest of her life.”

He asked the judge to consider case law concerning exceptional examples where children would be particularly hard hit by their parents being sent to prison. Mr Ross said alternatives to prison, such as a lengthy community order were not a “let-off”. “I’m making a plea for mercy,” he said.

“But your actions have meant that Joey’s parents have lost their child for ever. You, at least, will see yours again and in the meantime it’s my sincere hope and expectation that they can be cared for by your husband with their maternal grandparents as a back-up.”

The judge added: “Joey Hayward was aged 26 when he died. He was five days away from his 27th birthday. He was a young man with his future ahead of him.

“No sentence I pass can adequately reflect the loss that those who loved him felt.” 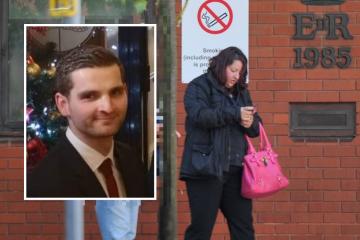