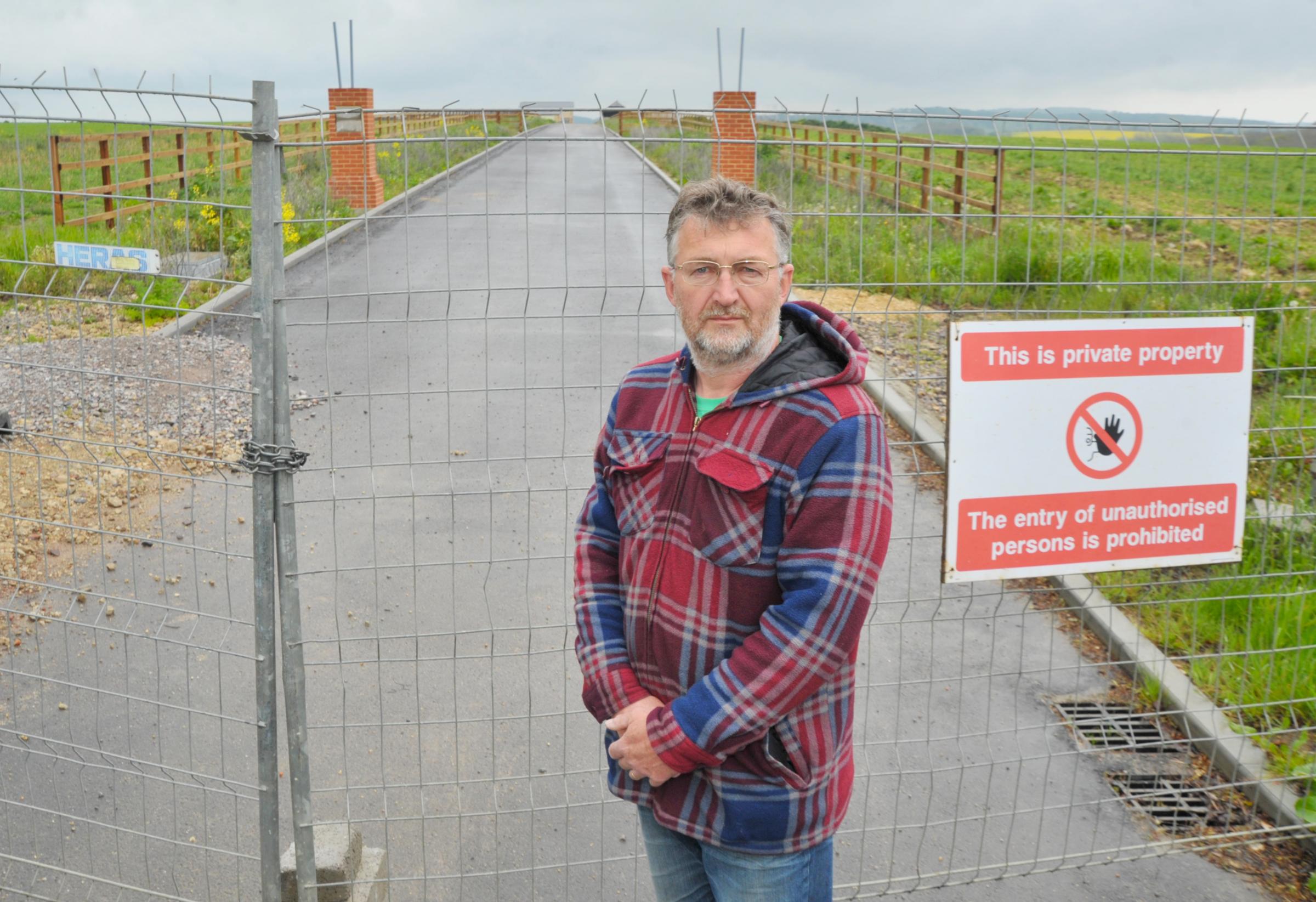 A DEVELOPER says he is in danger of losing his own home because of delays and thousands of pounds-worth of vandalism at the site of a barn conversion scheme in Highworth.

Vandals attacked three times after building work started. Then in September builders were told to stop because planning officers wanted to investigate what had been done, he said.

“It’s driving us to the brink,” he told the Adver. “A conservation officer came out in June, they looked at the site next to ours and what we had done on the track and had decided that it needed investigating.”

The farm is nextdoor to land where Gladman Developments wants to build an estate of 250 homes.

Nigel said: “Our development site has been vandalised so many times already, three times when we first started building it, and two other times since then.

“At the moment, there has been an issue with young people, certainly with lockdown, they’ve been a bit bored and have had nothing to do, so they’ve decided to smash things up because the site is shut down and very remote.”

The site was burgled on Boxing Day in 2019 when a generator was taken, then again last year.

Extra precautions have been put in place to prevent thieves from taking machinery. But the development has been vandalised many times since last autumn and CCTV has been installed to try and catch the perpetrators.

Nigel is hoping he’ll get the go ahead to start work again soon. “We owe money to various companies, but we can’t pay because we haven’t been able to get any more from our lenders.

“We could lose our own house,” he said. “There are all sorts of things going on with it, it’s causing sleepless nights and I’m stressed. We just can’t believe this happening.”

In November 2019 the Adver reported work had started on the complex with the help of a £3.1m loan.When completed the project will see three luxury homes built from modern farm buildings, three historic barn conversions and two revamped workers’ cottages.

The police and borough council were approached for comment.

Traffic has been queueing on the M4 all morning because the road is still partly closed 16 hours after a lorry carrying hay bales near Chippenham was reported. Swindon Advertiser | News …

A HAYDON man used his “highly trusted position” to cause his company to lose almost £700,000 in an act that almost saw a business with a turnover in excess of £20 million go under. Swindon Advertiser | News …

South Swindon MP Robert Buckland has been honoured by the Queen with a knighthood. Swindon Advertiser | News …