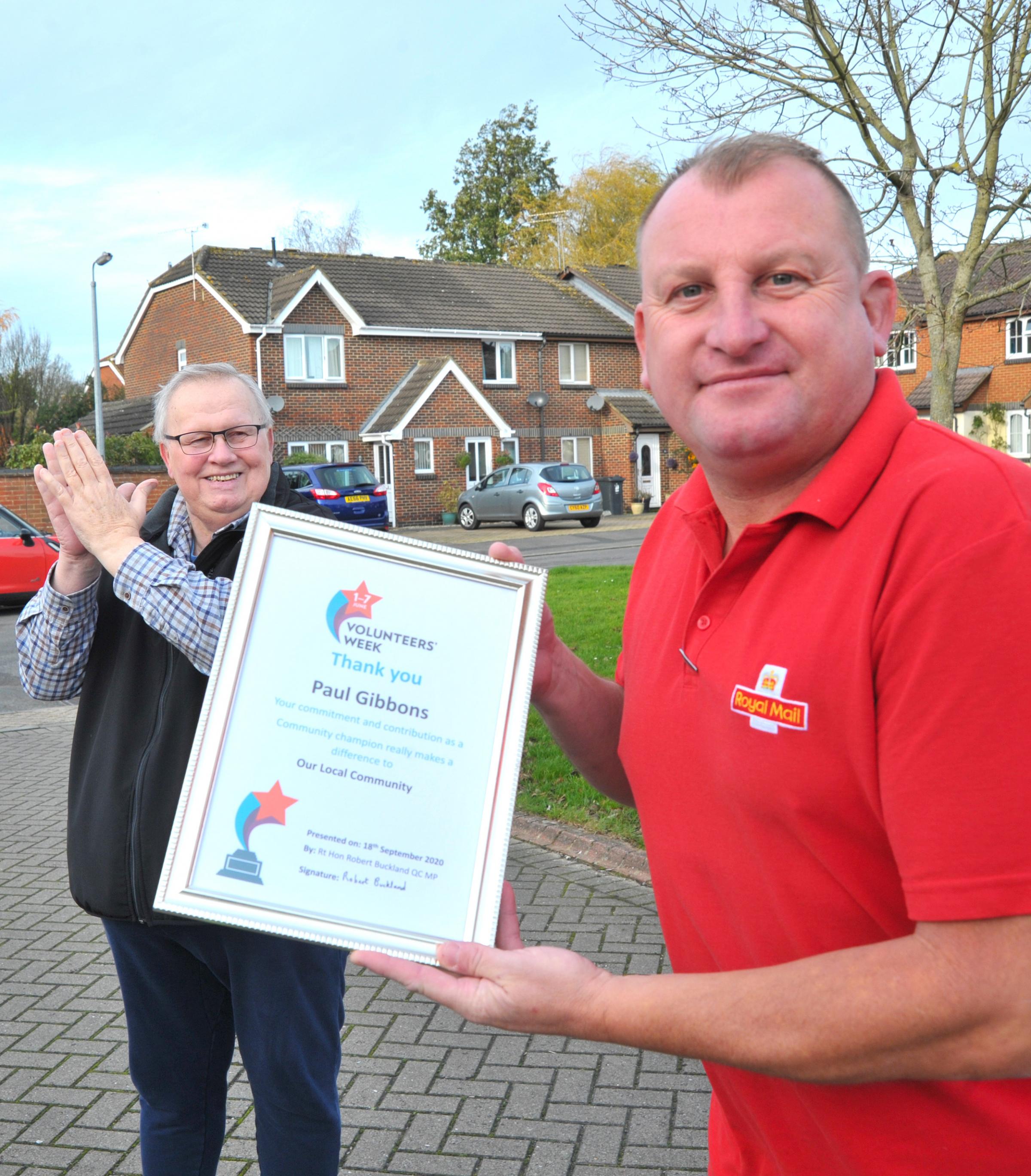 The actions of a heroic postman saved the life of one of his customers.

Paul Gibbons, 46, started calling in on Robin Page, 69, when the coronavirus pandemic first hit back in March.

Robin, who isn’t able to leave his home after being diagnosed with terminal prostate cancer four-years-ago, has since become close friends with Paul and is now part of his support bubble.

Thanks to Paul making the effort to support his customers he saved Robin’s life after it was revealed that he had a mini-stroke at home.

Robin called Paul to tell him he didn’t feel very well and when he arrived he called an ambulance which took him to hospital.

Robin said: “As far as I’m concerned he saved my life.

“Some days I’m not doing too well because I’m on my own, I don’t have family in Swindon and I can’t see my friends so it’s very difficult.

“Paul’s just thrown me a lifeline. We joke about football and we pull each other’s legs and we’ve just built up this lovely friendship.”

When Robin was originally given his cancer diagnostic he was given a year to live, but thanks to treatment from the NHS and an experimental drug from Canada he’s still alive.

Paul and Robin became close friends after the first lockdown began and Paul offered his services to pick up shopping or medicine.

Robin added: “Over the years we’ve said hello when he’s been delivering my post but when lockdown started he knocked on my door and asked if I needed any help.

“I thought ‘what’s your angle? I’ve not got anything’ but that’s how it started.

“Then over the months he’s done most of my shopping and gets my medication from the chemist.

“He calls and texts me a few times a week and it’s built up over the months.”

Paul has worked at Royal Mail for 25 years and has been covering his Middleaze patch for the past three, since he moved to Swindon from Burnley.

He said: “When we went into lockdown I just thought it was the right and decent thing to knock on his door and just check in on him.

“I walk past his door every single day, so for me, the sake of knocking on his door and checking in on him to tend to his needs is just what I thought was the right and proper thing to do.”

Paul believes that he has just done what anyone would do in the same situation.

“I would like to think people would do the same whether it was friends, family or neighbours,” Paul added. “And if I was in his shoes I’d want someone to come and keep an eye on me.

“I’ve not done it for any sort of reward or praise, it was just the right thing to do.”