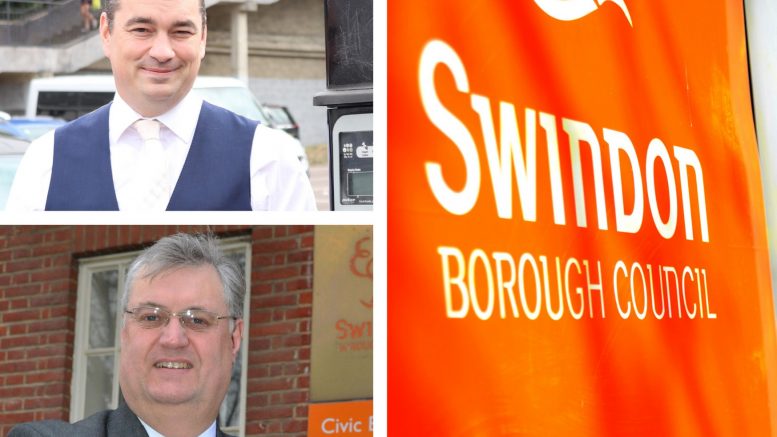 The simmering row between the leader of Swindon Borough Council and a former cabinet member has broken into all-out war.

Oliver Donachie – until May a member of David Renard’s Conservative cabinet – has walked away from a possible reconciliation with the ruling group.

He has resigned from the Conservative Party and says he has no interest in being a Tory councillor under David Renard’s leadership. This comes only days after he asked to rejoin the Tory group.

Now he has called for the remaining Conservative councillors to unseat Coun Renard as leader, saying he is leading the council, and the town, to disaster.

Coun Donachie, who will sit as one of two Independent Tories, said: “It is only a matter of time until David Renard is unseated as the leader. He is a lame duck.”

As one of the councillors for Haydon Wick, Coun Donachie shares a ward with Coun Renard and earlier this year nominated him to continue as leader – but now he says it is imperative a new one is found.

And he does not rule himself out of the running, even though he is not a member of the party.

He said: “The council is facing bankruptcy. It is millions in debt, is has a massive budget funding gap.

“At some point we have to say enough is enough. How much worse do we want it to get?

“The town needs a new group to emerge, somehow, and new leadership, and we have to be honest with the people of Swindon.

“We have to tell them how difficult it is going to be, but here is a plan for the next 30 years and here’s how we’re going to get out of it. We have to be honest with the voters.”

He added: “I think the fact that more councillors voted to have me in the group than voted against me, which was David Renard’s position, shows where the majority of the members are now.”

Coun Renard says he believes he has the backing of the members of the group: “I had their full backing in May when I was re-elected and I have no reason to believe I wouldn’t have it now.

“But the main thing is this is an unwelcome distraction.

“We have Covid going on, we’re concentrating on the recovery of the economy, Brexit is coming at the start of next year and there are elections in May to start thinking about.

“There are plenty of good things going on we should shout about; The Zurich building, Network Rail taking back Signal Point and looking to do something with it, the Symmetry Park development, housing being built.

“I don’t think there is any appetite in the Conservative group for leadership elections, this is a distraction, and I’m going to get on with the job I was elected to do.”