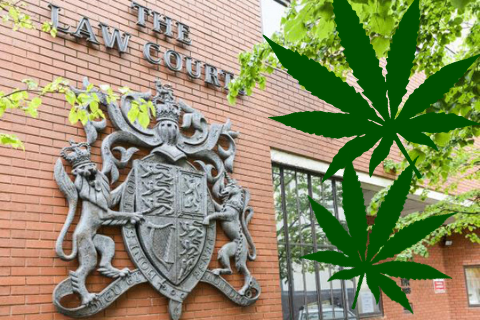 A CANNABIS grower said he had been given the seeds by his late father – and wanted something to remember him by.

Police raided Francis Egerton’s Swindon home after a tip-off from a neighbour about cannabis plants in the garden.

Officers found eight plants growing in two tents in the garden. A further four small cuttings were found in the house.

Interviewed by police, 30-year-old Egerton made full admissions to growing the class B drug, saying he was a regular user and had started cultivating the plants to avoid paying for it. He consumed what he grew.

He had a small number of convictions dating back to 2011 for possession of cannabis.

Appearing before Swindon Magistrates’ Court via video link from Gablecross police station, Egerton, who gave a care of address of Manor Crescent, Moredon, pleaded guilty to producing a class B drug between February and June 12, 2020.

Representing himself, Egerton said: “The only reason I decided to grow cannabis in the first place was because my father gave me some seeds. He was dying and he told me to grow them.”

He said he had not got rid of the seeds as he wanted something to remember his father by. “It sounds pathetic,” he told magistrates.