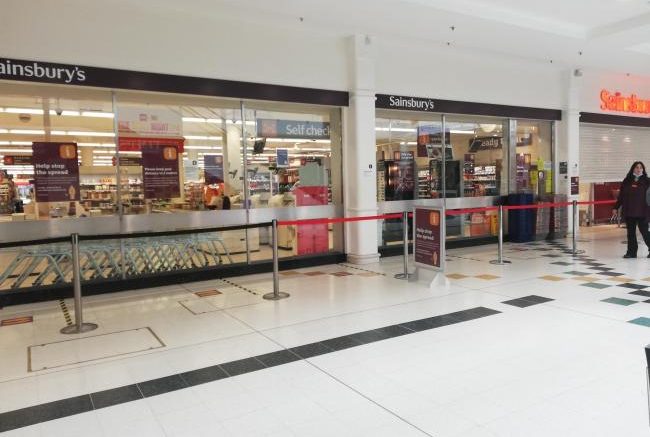 Sainsbury’s in the Brunel Shopping Centre is closing in November after more than half a century at the location in a major blow for the town centre.

It is not known how many staff work at the 48-year-old store but the company said it will do its best to redeploy workers elsewhere.

A statement from Sainsbury’s said: “We have updated colleagues on the difficult decision to close our Swindon superstore in November and we are doing everything we can to find alternative roles within Sainsbury’s for those affected.

“Customers can continue to shop with us a short drive away at our Bridgemead and Stratton stores, as well as the new Tadpole Garden Village store which opens this month.”

The site went through a multi-million revamp as recently as 2012 where it was shut for several weeks.

At the time, store manager Craig Hussey said: “Sainsbury’s is one of the biggest employers in the town and to have a store of this size in the town centre is a massive asset to the residents.”

During the coronavirus pandemic the store closed briefly to add additional safety measures to help protect staff and customers.

The closure is the latest of a string in the town centre, which lost Debenhams and Top Shop earlier this year.

Sainsbury’s announced last year that it would be closing 15 stores across the UK but opening 10 new ones.