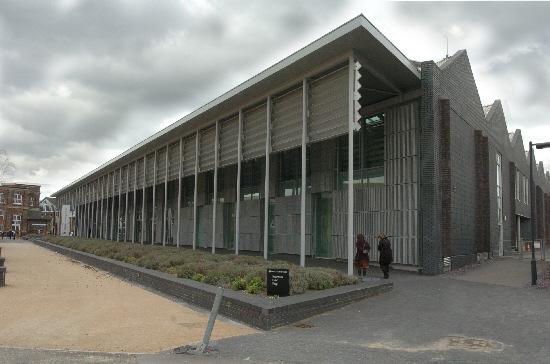 1,200 people could lose their jobs at Swindon-based conservation charity the National Trust.

The charity said it was part of a £100m savings package. The Trust, which has its headquarters in Rodbourne and owns historic homes, gardens and nature reserves across the country, expects to lose £200m this year as a result of the pandemic.

It is not yet known how many redundancies are expected at Heelis, the Trust’s Swindon office.

Union chiefs said they were worried it was “only a matter of time” before properties would shut.

Staff were told of the redundancy plans in an email this afternoon.

National Trust Director General Hilary McGrady said: “We are going through one of the biggest crises in living memory. All aspects of our home, work and school lives, and our finances and communities have been affected, and like so many other organisations the National Trust has been hit very hard.”

The charity hopes to save £40m from spending cuts, including slashing travel and office costs, reducing its spending on marketing and printing in favour of digital communications and cutting the amount it spends on IT. It has already announced it will axe or delay £124m-worth of projects. A recruitment freeze is also in place.

1,200 paid staff are at risk of redundancy, the equivalent of 13 per cent of the organisation’s workforce. The budget for staff paid on an hourly basis will be cut by a third – or £8.8m.

While the Trust has not said exactly where jobs will be lost it is likely that Heelis, where the charity’s national marketing and IT teams are based, will be affected. However, the central office is expected to get more responsibility for managing the charity’s let buildings, such as farms and offices, and overseeing its shops, cafés and holiday cottages.

Mike Clancy, general secretary of the Prospect union, said: “This is a big programme of layoffs and everyone working at National Trust will be worried about their futures. As the union for National Trust workers Prospect’s first priorities will be minimising the total number of redundancies, maximising voluntary redundancy and getting as good a deal as possible for everyone who loses their job.  We are committed to ensuring our members are treated fairly in this process.

“At the moment there are no plans for National Trust to close whole properties but they are shutting ‘unprofitable’ shops and cafes and the worry is that it’s only a matter of time.  Once jobs are lost and assets are closed it is very hard to recover them. Access to our cultural heritage should be an essential part of society’s recovery from the pandemic, and the government should be doing everything it can to protect it.”